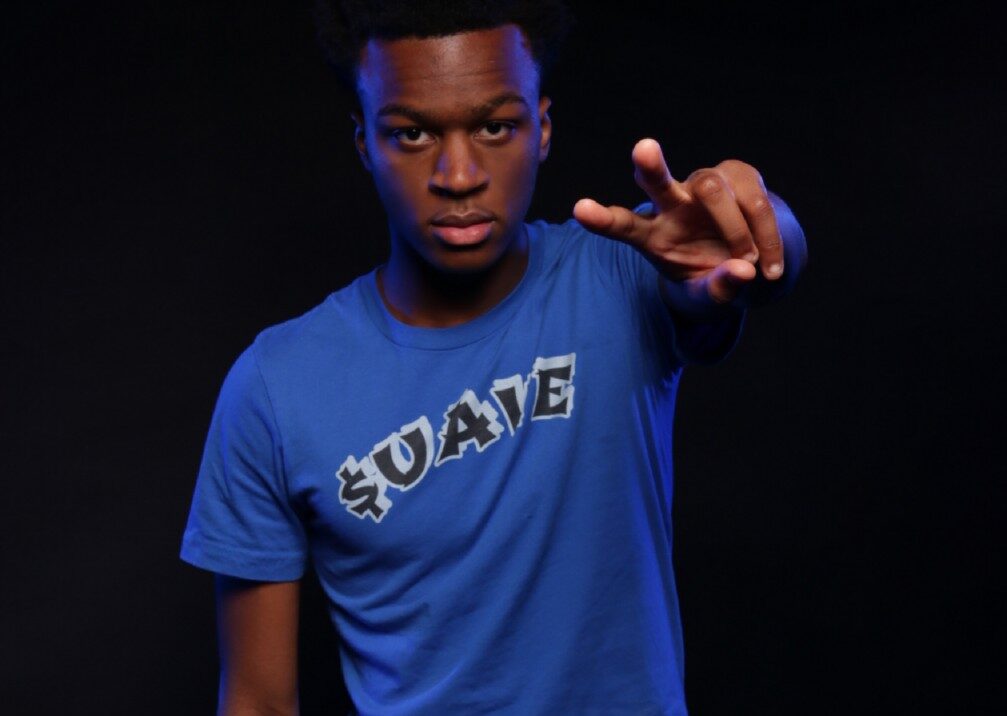 Elan Suave’s love for music began at age 4 when he started playing the piano and singing on his church’s choir.    In 2014, Elan, at age of 10, participated in a talent competition for singing and playing the keyboard and won in both categories.   Two years later, he entered another competition and won the male Solo Vocalist category.

In early 2017, Elan, at age 13, developed a keen interest in rapping and hip hop.  He demonstrated a knack for “spitting bars” and eventually fell in love with it.   By December 2017, Elan was in his home studio writing and recording his first single, “Really Mad,” which was released on March 31, 2018 when he was 14.   Elan spent the Summer of 2018 writing and recording his first EP, “Elan’s World”, which was released on December 21, 2018.

He released a music video for “One On One”, a track on the EP which was a collaboration between Elan and his brother, Nellz Supreme, also an artist.  The music video has appeared in over 100 media, entertainment, and/or lifestyle outlets, including BetJams and Footlocker stores in the United States.  All the songs on “Elan’s World”, were written, arranged, and recorded by Elan.  To date, the EP has accumulated over 600,000 streams on Spotify, with the second track on the EP, “Hundreds”, on Spotify’s Discover Weekly Playlist for over 1 year.    After “Elan’s World”, Elan released four singles in 2019, all of which he wrote, arranged, and recorded.  All of them were added to Spotify’s Discovery Weekly algorithm playlist and helped Elan to accumulate approximate 1.6M Spotify streams by the end of 2019.

On February 14, 2020, Elan dropped his second EP, “$uave $eason”, which is composed of five tracks, all written, arranged, and recorded by Elan.  The EP has been placed with over 50 music, media and entertainment outlets, with operations in every continent in the world, and is now being heard in thousands of stores, shopping malls, bars, restaurants, and in many other places where music is played to entertain people across the world.  To further promote the EP, Elan released two music videos: “Found Me”, the lead song and most popular song on the EP; “Jealousy”, the second most popular song on the EP.  The videos are available on YouTube.  Both songs are on Spotify’s Discovery Weekly playlist and “Found Me” was recently added to a Spotify Editorial playlist, New From NYC: Hip Hop, after accumulating over 34,000 saves on Spotify in less than 3 months.   $uave $eason has definitely given Elan the boost and recognition he deserves.

Elan dropped his third EP, $uave $eason Vol 2, the sequel to $uave $eason, on October 9, 2020. This EP will further demonstrate his versatility, talent, and artistry. He is excited about the future, especially the enormous potential to significantly expand his fanbase and to show the world that he has the talent and potential to become a “Star”.